The end of Mettlestate’s Valkyrie League group-stage round-robin is drawing near with Leetpro.fe top of the log after this week’s win against Amaryllis Gaming.

This follows after Vixens, who Leetpro.fe were set to play last Wednesday (May 16), and Aperture Gaming – Fallen both dropped out of the league.

Leetpro.fe, who has thus far been undefeated in the challenge, kicked it off with a bang recording a 16-4 win against Omnius Gaming Sphinx on April 4. Despite drawing a bye in the third round of the competition, the ladies have been on a winning streak beating Glacier Purple 16-2, Aperture Gaming – Fallen 16-2 (reset to 16-0), ZAG | Fearless 16-4, Nemesis Females 16-1, recording a 16-0 after Vixens disbanded and beat Amaryllis 16-6.

“The Leetpro girls have really shown what they’re made off so far in this challenge and we’re proud to have them on board!” says Leetpro owner Johan Bezuidenhout.

This leaves remaining opponents Bravado Finesse on May 30.

Leetpro.fe has already qualified for the double elimination playoff following the round-robin stage and will play for a piece of the prize pool cake of R50 000!

Leetpro would like to thank Mettlestate for its promotion of esports in South Africa, specifically among females. “Competitive female players continue to be a minority across the world and the Valkyrie League with its R50 000 prize pool gives local women a platform to cross this gender divide,” says .fe team manager Candice Street.

The Leetpro.fe team has been making name this year with the WESG APAC in China in January. Subsequently they started off the VS Gaming League in the ladder division and will hopefully move up to second division after the current leg at the end of May. 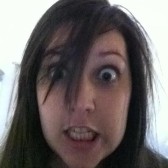 Learn more about the digital currency Ethereum and how it works.

Who will receive the fastest e-tailer award by Leetpro ?

GPU farm mining – How to choose your location

Tips when choosing your location and setting up your GPU farm.

Learn more about the digital currency Bitcoin and how it works.